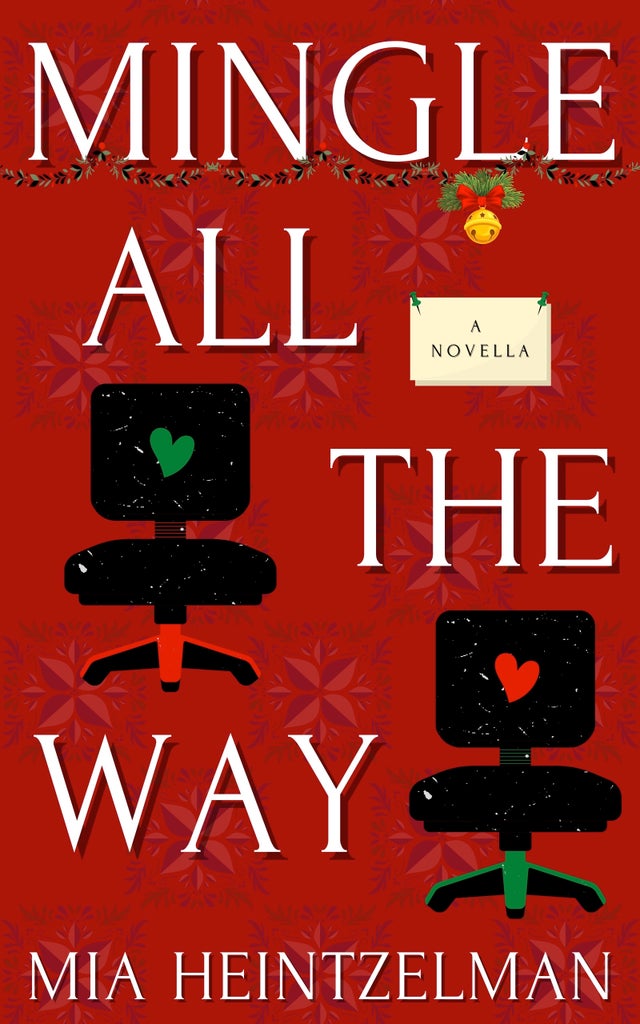 Mingle All the Way

Riley Mills sells love. Or, rather dangles it like mistletoe at Lovestruck, the world’s most popular social dating app. She’s got her sights set on improving the app for others, but she doesn’t date. Period. For a Christmas bonus though, she’ll help the event planning team with the annual Holiday Mix’n’Mingle—even if it means speed dating her ridiculously hot office nemesis.

​Web developer Chase Campbell eats, breathes, and speaks code. With metadata that's all about romance and soul mates, maybe he’ll learn a thing or two about the love his parents shared. At the least, he’s got eight merry minutes at the company’s holiday event to decipher all the reasons maddeningly beautiful Riley Mills hates him.

So what if their chemistry is undeniable, Riley doesn’t believe in messy office romances. But back at work when their family-minded boss announces a holiday party to get to know his team better and rumors spark of a promotion, she tells a teensy, tiny, white lie—she and Chase are in a serious(-ly fake) relationship. No biggie. Once she gets the job, they’ll stage a breakup… Except, silly love notes and sweet smiles turn to clock-out kisses and Secret Santa trysts. As the cold nights heat up, they begin to wonder if they were ever pretending.